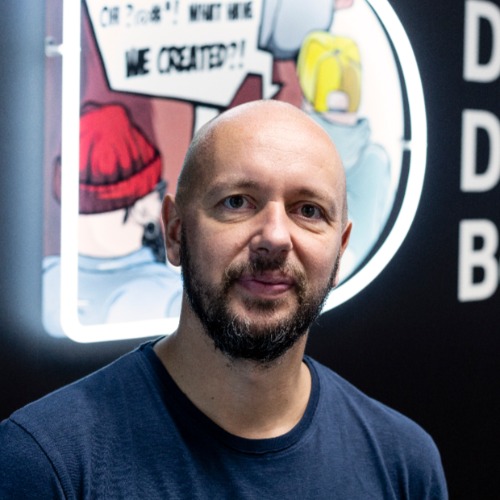 Darko is an agency CEO and pro gamer in one person. Originally from Sarajevo (Bosnia & Herzegovina), Darko came to the Czech Republic as a 12-year old refugee fleeing from the Bosnian war with only a backpack that had his personal C64 computer in it (yes, you could carry those in backpacks back then). Being in a new place without knowing anyone, that computer was his best friend during the first months and that gradually lead him to grow a big bond with gaming and become a pro gamer himself many years later.

﻿Now a CEO with DDB Prague, where he has been for 10 years, Darko has lead the local agency to be one of the most successful and respected ones in the region, mostly through his innovative approach to business and development. He has merged his passions for creativity and gaming in 2020 and founded the world’s first global esports & gaming agency network in DDB FTW (For The Win), which has joined some of DDB Worldwide‘s best minds who have a shared passion for gaming. The DDB FTW network has now branched out across many markets around the world and the new agency has landed some of the biggest global endemic brands to the portfolio, while activating some of the more traditional DDB clients in the territory of gaming in new and unprecedented ways. Currently, Darko is the CEO of both DDB FTW globally and DDB Prague.