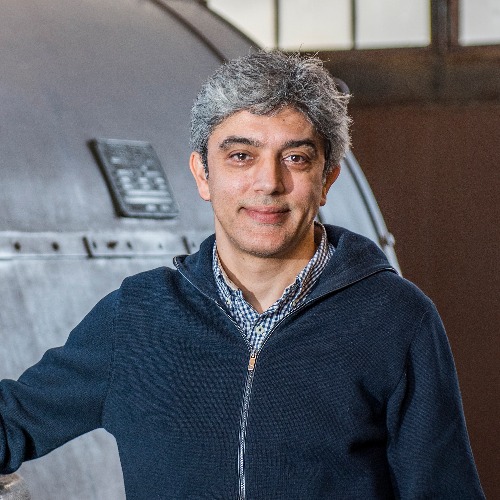 He graduated from Kadıköy Anatolian High School and the Department of Economics at Boğaziçi University. He enjoyed a long time at the university due to his love for theatre which started when he was in high school.

He was among Boğaziçi University Actors and Theatre Boğaziçi as actor-dramaturg-playwright-director. He pursued a career in theatre until the age of 30, but that did not happen for him. As a fine consolation prize, he became an advertiser. At Güzel Sanatlar Group, he worked as writer, strategist and director at various companies. He up and left the country in 2012. He studies and renewed himself. He came back in 2016.

He joined Deeper, which is a data-driven cognitive behavioural company, as an executive partner. He gives lectures on "Evalutionary Approach to Marketing Communication" and "Data-Driven Marketing" at Bilgi University Brand School. He writes monthly articles on behavioural marketing for MediaCat magazine.