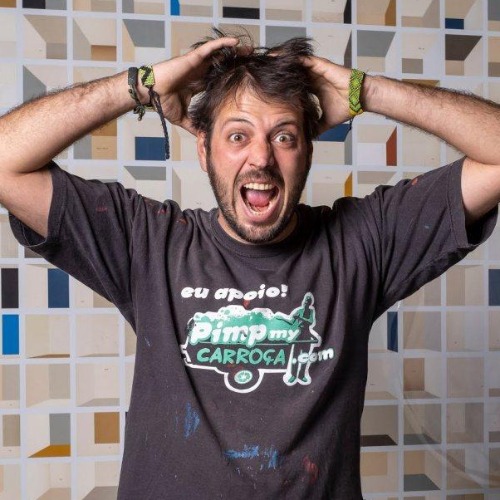 Mundano is a Brazilian street artist and activist whose work makes people stop and think about the issues swirling around them everyday. In 2007, he began using his graffiti skills to paint "carroças," the wooden and metal carts used by the trash collectors throughout Brazil who haul off junk and recyclables. He painted 200 carroças and in the process made these invisible superheroes visible—not only in the streets, but also in the media. The effort led to "Pimp My Carroça," which made this initiative do-it-yourself, crowdfunded and global. It has brought in 170 trash collectors in cities around the world, teaming them up with 200 street artists and 800 volunteers. It is quickly becoming a movement.

At home in Brazil, Mundano works on other projects too. Since 2008, he has used the posters and banners that plaster Brazilian cities during elections to create thought-provoking art. For the election in 2014, he turned these enormous plastic banners into a giant voting booth filled with waste in a square in Rio de Janeiro. "I use these ads to get people to reflect on the corrupted political system. On all the false promises, and all the awful waste," he explains.