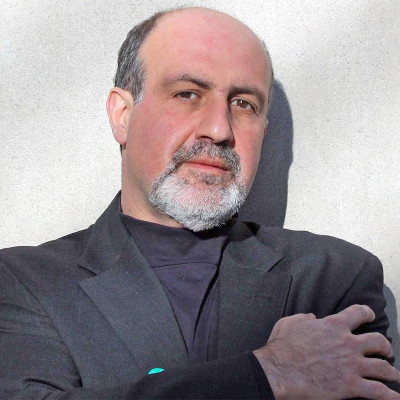 Nassim Nicholas Taleb is a philosopher, scholar of randomness, essayist, risk-management expert, and former trader. He is known for a multidisciplinary approach to the role of the high-impact rare event.

He is author of the New York Times bestseller The Black Swan: The Impact of the Highly Improbable, the revelatory book that explains everything we know about what we don’t know. In it, he defines a “black swan” as a highly improbable event with three principal characteristics: it is unpredictable; it carries a massive impact; and, after the fact, we concoct an explanation that makes it appear less random, and more predictable, than it was. He concludes that black swans underlie almost everything about our world, from the rise of religions to events in our own personal lives. He offers surprisingly simple tricks for dealing with black swans and benefiting from them, and changing the way we look at the world.

Previously, Taleb has held senior positions with major banks focusing on the trading and risk management of complex derivatives, and worked independently on the floor of the Chicago exchanges. He went on his own in 1999 and, until 2008, specialized in protecting portfolios against extreme events.

In addition to his other books and scholarly papers, Taleb is the author of the extremely popular Fooled by Chance: The Hidden Role of Chance in Life and in the Markets, which was named by Fortune as one of The Smartest Books of All Time. His books have more than a million copies in print, and are translated into 27 languages.

He is currently a visiting professor at the London Business School. His current focus is on the properties of systems that can handle disorder (“antifragile”).

Taleb refuses all honors and anything that “turns knowledge into a spectator sport”.