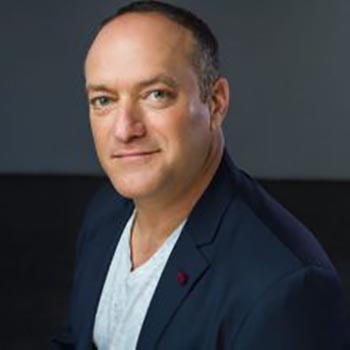 Asi Burak is an award-winning videogame, esports and digital technology thought leader, named one of the “Digital 25: Leaders in Emerging Entertainment” by the Producers Guild of America (PGA) and Variety Magazine. As CEO of the digital media strategy and production firm Power Play, Burak advises some of the world’s most renowned brands on how to leverage videogames, mobile, esports and virtual reality to fuel interactivity and play, and optimize brand engagement. Notable accomplishments of Power Play include facilitating the first-ever North American League of Legends Championship at Madison Square Garden (2015); conceptualizing and executing the Tribeca Games Festival in partnership with Tribeca Film Festival co-founders; guiding Washington D.C.’s investment in esports, which included a first-of-its kind sponsorship of top professional gaming team NRG; and launching an esports training academy as part of Skoltech in Moscow.

Burak has also consulted with EON Productions (of James Bond films), Newsweek, McCann Erickson / MRM Worldwide and The World Bank, among many others. Burak currently serves as Chairman of the influential Games for Change (G4C), which produces the Annual Games for Change Festival, NYC’s largest gaming industry event, and advances the quality, reach, creation and distribution of videogames that serve as powerful tools in humanitarian and educational efforts. Prior to his tenure as G4C President from 2010 to 2015, Burak co-founded and led Impact Games, the creator of two award-winning platforms: PeaceMaker and Play the News (acquired by Hybrid Learning Systems in 2010). Often interviewed by international and national media and invited to speak at global forums, from the Clinton Foundation to NASA to Sundance and TED Talks, Burak published his first book Power Play: How Video Games Can Save the World with Laura Parker, a contributing writer to the New York Times, in 2017. He is a faculty member at the School of Visual Arts MFA in Design for Social Innovation and holds a Master of Entertainment Technology from Carnegie Mellon University.