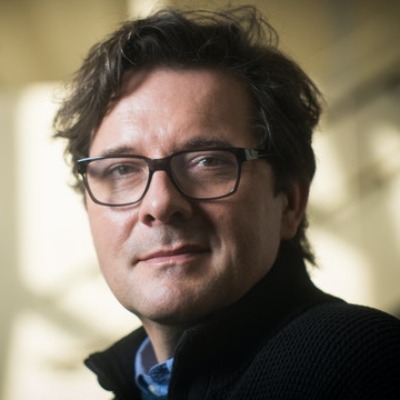 FoundIng DIrector of the InstItute for the CooperatIve DIgItal Economy & Platform CooperatIvIsm ConsortIum, The New School

Trebor Scholz is a scholar-activist and founding director of the Institute for the Cooperative Digital Economy at The New School in New York City. In 2014, he introduced the concept of “platform cooperativism” as a way of bringing the co-op model into the digital economy.

Who Owns the World? brings together the global community around this work and marks ten years of the influential digital labor conferences at The New School. Scholz’ books include Uber-Worked and Underpaid, How Workers Are Disrupting the Digital Economy, Digital Labor: The Internet as Playground and Factory, the co-edited Ours to Hack and to Own: Platform Cooperativism, A New Vision for the Future of Work and a Fairer Internet. Scholz’ articles and ideas have appeared in The Nation, The Chronicle of Higher Education, The Washington Post, Le Monde, and The New York Times, among many other publications. Today, Prof. Scholz is working to advance the cooperative digital economy through the Platform Co-op Development Kit while also keynoting conferences worldwide. He presented at the Harvard Law Forum and is currently an Open Society Fellow.